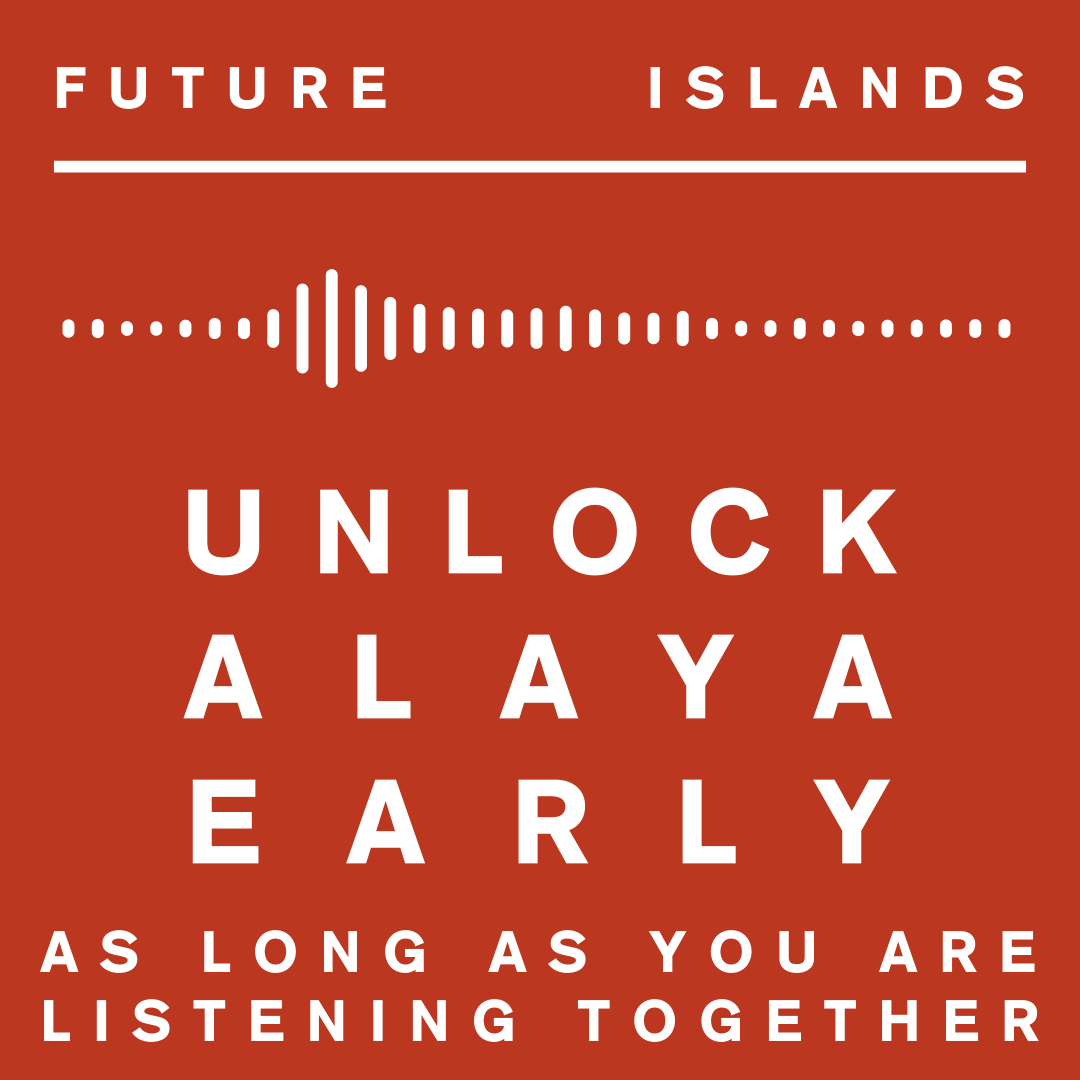 Three days prior to the release of Future Islands’ 6th LP As Long As You Are the band launched a unique way for fans to hear the album in its entirety a couple days early. Fans were directed to a URL where once enough fans from any given area in the world were detected as being on the site, an advance stream of the album began, with fans being able to chat back and forth with each other about their initial feelings about the album.

A progress bar showed how close any one given location was to unlocking ALAYA and encouraged fans to share the site with their friends.

Lee Martin: How Many Fans Does It Take To Unlock an Album Stream?

Under the Radar: Future Islands launch a unique way for fans to hear As Long As You Are

Consequence of Sound: Future Islands’ As Long as You Are Is Familiar yet Captivating: Review